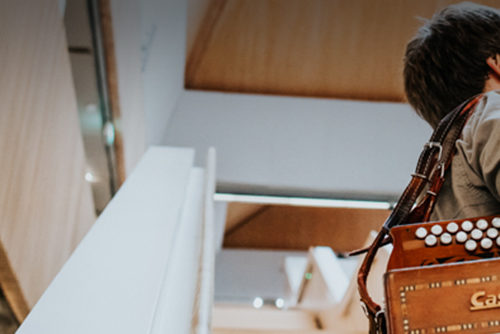 "Will Pound is a master of the mouth harp"

One of the finest harmonica and melodeon players of his generation, Will Pound has pushed the boundaries working on and with a number of projects and musicians which in the past and present include Will Pound and Eddy Jay, Jenn Butterworth, Dame Evelyn Glennie, Liz Carrol, Martin Simpson, Guy Chambers, Concerto Caledonia, Robbie Williams and The Hillsborough Charity Single. He has travelled across most of Europe and as far as Australia for his music delighting and giving audiences awe inspiring performances.

He has appeared on TV & Radio many times including appearances on BBC Breakfast, BBC2, Radio 2, BBC Radio Scotland, BBC Radio 2 Folk Awards, MTV, Radio 1xtra to name a few. Will has been nominated 3 times for the BBC Radio 2 Folk Musician Of The Year Award in 2012, 2014 and 2015, has won FATEA Magazine Instrumentalist Of the Year 2013, 2014 and also was nominated for Songlines Magazine best
newcomer.